As children, we learned to deal with our big emotions by seeing how our parents handled theirs.  My mom chose the "nothing's wrong so put on a happy face" route, while my dad preferred the "slam a door and punch a hole in the wall" approach. After trying out both strategies, I gravitated towards my dad's method.  Not surprisingly, I married a lovely man who followed the approach my mom had modeled.

During the first years of both my children's lives, I fought a long and lonely battle with postpartum depression.  When life as a new parent became scary or imperfect (which was often), I protected myself by getting angry. From infancy, my son saw me slam doors and throw things as I tried in vain to discharge the pain, confusion and loneliness I felt inside.  By the time he was 18 months old, he was throwing toys when he got angry.  Door-slamming soon followed.

For the first five years of my son's life I refused to accept that I - with all my knowledge of child development - was responsible for how my child was reacting to his own pain.  Then one day it finally dawned on me that avoiding responsibility was making both of us slaves to the behavior. I knew I had to start with my own life, so I took on the challenge of forgiving my parents and myself for my lack of effective emotional coping skills.  Then, I began to study the sources of perfectionism and shame that were causing my pain and driving my reactions.  I started meditating when I could, quit spending time on social media, learned how to set effective boundaries, read all I could about self-regulation and vulnerability, and began taking better care of myself. As my toolkit grew, I knew I was now ready to help my son.  I didn't have to wait long for an opportunity.

One night, my six-year-old boy got angry with his dad because it was bedtime and he wouldn't read him another chapter of "James and the Giant Peach".  I was downstairs cleaning the kitchen when I heard the bedroom door slam shut. In the past, my son's outbursts had angered me because they highlighted my imperfect parenting skills.  I had convinced myself that every thrown toy or slammed door was an indication of just how miserably I was failing as a parent.  However, armed with my new skills and perspective, I knew things could end differently.

I still felt triggered as I walked up the stairs, but I breathed out the anxiety and a question emerged in my mind: "How would I want someone to act towards me if I were feeling rejected and guilty?"  As Brené Brown says, "Empathy is a choice, and it's a vulnerable choice.  In order to connect with you, I have to connect with something in myself that knows that feeling."

I found my son sulking on the floor outside his bedroom.  I sat down and gently said, "I heard a door slam.  What's going on?"

He looked at me with the eyes of a wounded animal.  "Daddy won't read me another chapter," he moaned.

I took a breath, then gently recapped: "It's time for bed and daddy stopped reading, so you got angry and slammed the door."  He nodded and looked at the floor in shame, bracing for my lecture.  But instead I said, "You know, I've done that too." He looked up, wide-eyed.  I continued, "I've gotten angry, really REALLY angry.  I've slammed a lot of doors hoping it would help me feel better.  But then... I still feel angry."  He nodded and I went on, "And on top of that I feel guilty for slamming the door." He didn't move, but as I put my hand on his back and gently stroked him, I felt the anger leaving his body.

We sat together for a minute, and then I asked, "How do you think you might make things better?"  He shrugged, so I said, "Can I suggest something?"  He nodded.  "Well, maybe you can go back downstairs, apologize to daddy for slamming the door, and ask him to wake you up extra-early.  That way you have time to read another chapter together before school.  Do you think that can work?" He thought about it for a bit, nodded and got up.

I hugged him and he bravely walked back into the room.  I heard him apologize and offer the early wake-up suggestion.  I prayed my husband wouldn't go into lecture mode, and he thankfully responded by agreeing with my son's idea.

I've since had several more opportunities with my son to witness the power of saying "Me too."  Every time I use the phrase, I see connection overcoming shame. It reminds both of us that we're all imperfect and it lets him know that he's never, ever alone. 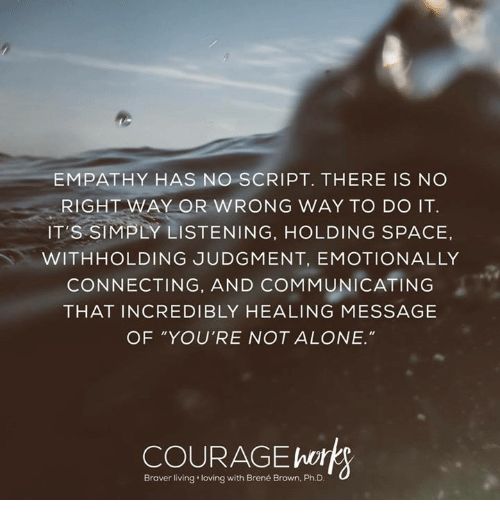 You don't have to navigate the homeschooling journey alone.  Join the more than 100 Montessori homeschooling families who are thriving with the guidance and support of the Montessori Homeschool Hub!