An American friend and colleague who lives in Asia recently shared with me that her in-laws had moved out of her house.  They had been very involved in raising her children, so I asked if she missed having the help.  She texted back, "No.  I'm forced to be the mom and it's what my kids want and what family is supposed to be."

As I sat staring at her words on my screen, the last seven years of my life - my entire parenthood journey - flashed before my eyes.  I remembered how both times I had a baby I told myself that I'd stay home with them until they were three.  And how, by the time they were each 15 months old, I was desperate to find a job - any job - that would transport me away from the solitude, burden, and relentlessness of motherhood.

Though I enjoyed my teaching job, it was also a band-aid that covered up the rawness of parenting and kept its suffocating weight at bay for ten hours a day.  Yes, as a teacher I was still working with children.  But, they were other people's children, not my own.  The responsibility for my students' outcome didn't rest solely on my shoulders.

Ironically, my hyper-focus on work ended up dragging me, kicking and screaming, back to stay-at-home motherhood.  The burden of a more-than-full-time job dictated the rhythm of my children's days.  My night-owl son struggled mightily with 6am wake-ups, and spent the day being angry and uncooperative. My daughter cried daily at drop-off for two years, was constantly sick, and threw massive tantrums.  I fretted and lost sleep over other people's children, all the while downplaying the struggles of my own.

Like an illness that forces you to slow down and reassess your life, their cries for help finally broke through to my mothering instinct - that part of me that for several years had lain curled up in a ball, shaking its head and refusing to fully engage.  Mercifully, conditions at work conspired to push me in a new direction, and finally one day I packed up my belongings, picked up my children, and drove away.

Homeschooling became my new project, and I threw all my energy into re-creating a mini-classroom at home.  But my children were only vaguely interested in the materials.  They played outdoors, built intricate LEGO creations, read lots of books, and reveled in their new freedom.  And while I fretted over incomplete lesson plans, a voice from my heart told me: "Leave them alone. They're doing the work of childhood.  You go work on yourself." 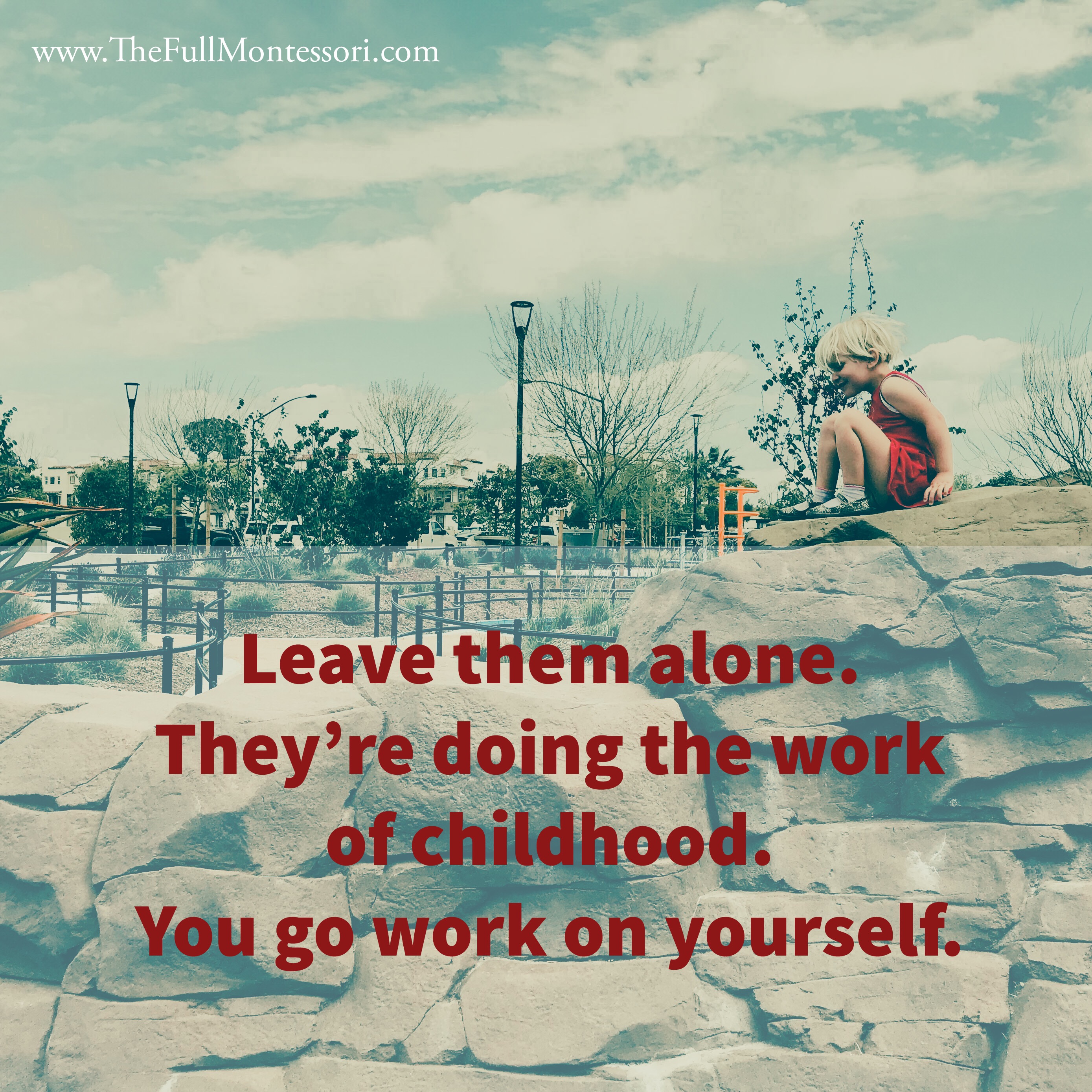 Crap.  I'd been avoiding working on myself for years.  "Teacher" was a label that had allowed me to work on others.  But I was no longer a teacher; I was "just a mom".  Being a mom meant I had to become reacquainted with the vulnerabilities of motherhood.   I had to examine my own shortcomings and anxieties, lest I inadvertently pass them on to my children.  I also had to identify and dissect my triggers, and remain present through the chaos.  I had to move past society's cognitively dissonant perceptions of motherhood, and craft a definition that rang true to me.

Being vulnerable is exhausting.  It's also some of the most rewarding work I've ever done.  Someone on my Facebook page wrote: "Homeschooling is a gift you will never regret giving to your children."  And I'm starting to realize that, in addition to homeschooling being a gift to my children, rediscovering motherhood through homeschooling has been a gift to myself.  It's a gift I never even knew I wanted, and one that I now can't imagine living without.

If you know someone who would enjoy reading this essay, please share it with them!

Just read this! LOVE IT...I can totally relate to taking care of other people's kids and then my kids (or maybe just J) being so difficult. It's getting better...not perfect but that's okay too. At least our priorities are getting better and the priority is the family...most of the time! Love you.
Read more
Read less
Like
Reply over 3 years ago
Pilar B.

Love you too and THANK YOU for opening my eyes. :)
Read more
Read less
Like
Reply over 3 years ago