Story of Chemistry: Part I

I wrote this story a while back for the Upper Elementary group I inherited that hadn't been exposed to chemistry.  I never got around to writing Part II but if you take on that challenge, let me know!

Pretty much all that we see or touch in our seemingly solid existence is made from an unimaginable number of tiny atoms, each a different type of element or building block. When you combine these atoms in different ways, they make up everything that we can see in the Universe.

Do you remember when we told the story of The Origin of the Universe? We talked about an enormous cloud of gases that swirled in Space. These particles started to come together as the Earth cooled. Some became solids, some turned into liquids, and some remained gases. The rain, the oceans, the rocks, and the air were all made from different combinations of elements, and later on, life also emerged from these same building blocks.

Humans have tried to understand elements since the dawn of recorded time. Copper, for example, has been used since at least 9000 BC. That’s more than 11,000 years ago! By the time of the Ancient Egyptians, around 5,000 years ago, seven metals had been discovered and were being used for everything from weapon-making to jewelry. The Egyptians had a strong connection between the metals, the cosmos, and their fertile land, and called this study Khem. 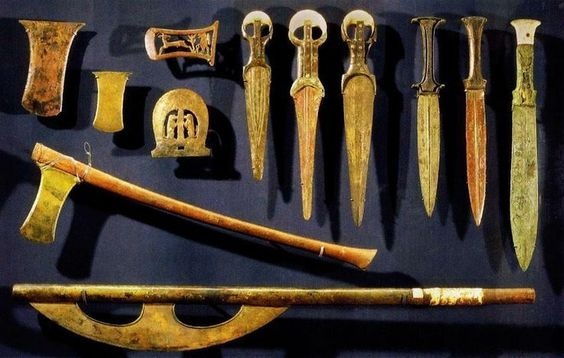 The ancient Chinese, around the same time period, thought that everything was made of five elements: water, wood, fire, earth, and metal. They used these ideas in their development of acupuncture. In India, they were also studying matter, and discovered how to use the color of fire to identify different types of metals.

When the Greeks conquered Egypt in 332BC, they became interested in the Egyptian theories of how matter was made. They turned the word Khem into Khemia , which became the Greek word for "Egypt." Around that time, the Greek philosopher Aristotle decided that the building blocks of all matter should be called elements. According to him, there were five: earth, air, fire, water, and quintessence, which formed the heavens.

In the 7th century AD, Egypt was invaded by the Arabs, who added the prefix al- to Khemia. And thus, the science of alchemy was born. For centuries, Arab alchemists used what they knew about elements to try to discover a way to make a substance that would make humans immortal. They also wanted to turn ordinary metals - and other substances - into gold, the most valuable of metals.

When the Arabs invaded the Iberian Peninsula (what later became Spain), they brought their ideas of alchemy with them and kindled the curiosity of many scientific minds in the European continent. The search for a way to make gold, known as the “philosopher’s stone,” drove many scientists to try some very odd experiments indeed! A German alchemist, Hennig Brandt, tried boiling down urine, thinking he could find gold in the yellow liquid. What he discovered, quite by accident, was a new element: phosphorus! 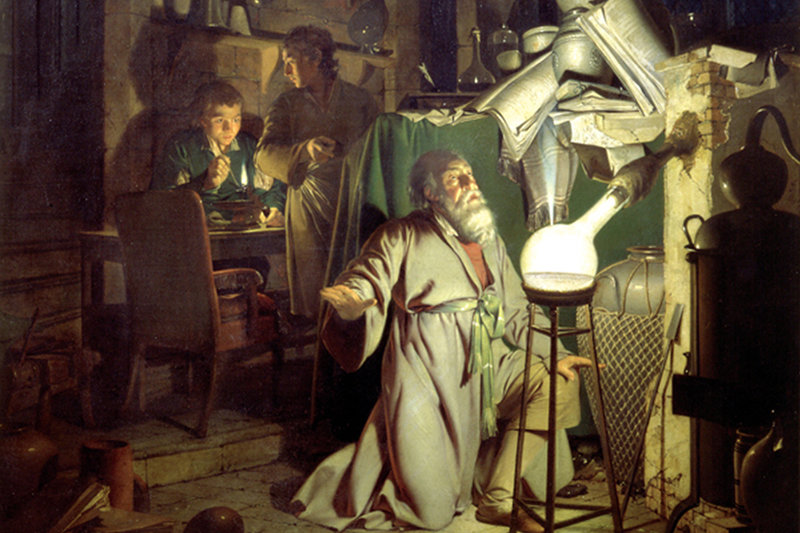 Why was this so ground-breaking? Because phosphorus, rubbed the right way, would burst into fire (guide lights match). It went on to be used in the invention of matches. Brandt had proven, by accident, that substances commonly found in nature could be “turned” into something valuable. He hadn’t really turned urine into phosphorus; he’d just separated the phosphorus from all the other elements that combine to make urine.

Brandt’s discovery caused many alchemists to look around and wonder: What’s all of this made of? Have you ever wondered that, too? Think about air, for example. Humans have always felt air and they’ve seen its effects during hurricanes and tornadoes, but they never understood what it was.

In the late 1700’s, this all changed when an amateur British scientist named Joseph Priestly discovered several “new airs,” as he called them. Priestly wasn’t a scientist by trade; he was a teacher and writer. However, he loved to play around in his lab at home. One day, he poured acid on a powder, trapped the air it produced, and used it to to put out a flame. (guide performs "carbon dioxide extinguishes fire" experiment) He had discovered carbon dioxide, and later went on to discover eight other gases!

In 1767, Priestly lived next to a brewery - a place where they make beer. He noticed that over the vats where the beer was fermenting, there was a haze of carbon dioxide. He collected this gas, mixed it with drinking water, and invented carbonated water, which he called “windy water.” (guide opens bottle of carbonated water and serves to children)

Now, around that time, sailors in the British Navy were suffering from a deadly illness called scurvy. As you can imagine, a Navy full of sick or dead sailors can’t win any wars! Priestly thought that his windy water could be a cure for scurvy, so he wrote to the British Navy asking them to test his theory. The French Navy was also struggling with this malady, and Priestly’s potential secret remedy was stolen by a French spy! It made its way to the French Navy, who contacted one of France’s most intelligent scientists, a young man named Antoine Lavoisier. 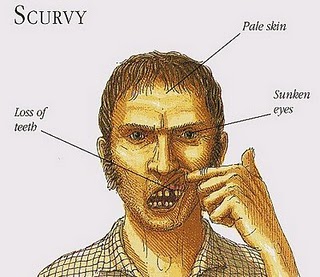 It turned out that Priestly’s windy water, though refreshing, was useless against scurvy. However, it would help to transform alchemy into a serious science: chemistry. But that’s a story for another day...