The Gift of the Human Tendencies

If you’ve been learning about Montessori, you’ve probably read about sensitive periods, prepared environments, and observation.  But have you heard about the Human Tendencies?

What are Human Tendencies?

Human tendencies are drives that urge the child to interact with the world around him, thereby allowing him to adapt to (or be successful in) the conditions of his particular place and time (the Montessori term for this is “adaptation”).  The child is born with the potential to express all the human tendencies, but these manifest differently depending on the sensitive periods and developmental stage through which he’s passing.

Why are Human Tendencies important? 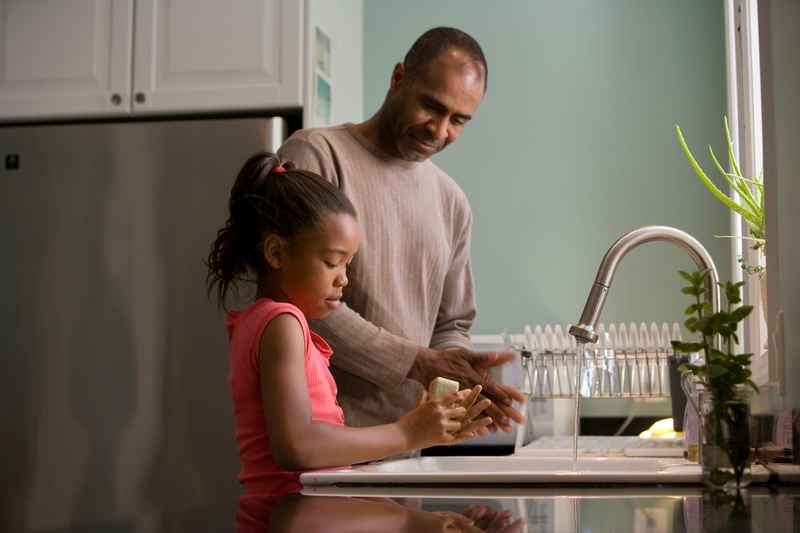 Which are the Human Tendencies?

The idea of human tendencies was first developed by Dr. Montessori in close collaboration with her son, Mario Montessori, but it was he who championed the concept of tendencies and made it an integral part of Montessori philosophy.

Montessori trainers and associations differ in their interpretation of Mario’s analysis of human tendencies.  The ones in this article are taken from the AMI booklet “The Human Tendencies and Montessori Education” by Mario Montessori (available for purchase on the AMI website).

Orientation: When we’re placed in unfamiliar surroundings (either physically or psychologically), arguably the first thing we do is try to understand where we are in relation to what we know.

Newborns use their hands to touch their faces, which helps them establish a sense of orientation outside the womb.  Toddlers need external order, because knowing where everything is gives them a sense of safety.  Elementary children orient themselves in relation to the rest of the universe, and love to address envelopes by including their name, street, city, state, country, continent, planet, and even the Universe.  Adolescents orient themselves within their social group, which becomes the center of their world and allows them to make sense of the broader society they’re entering. 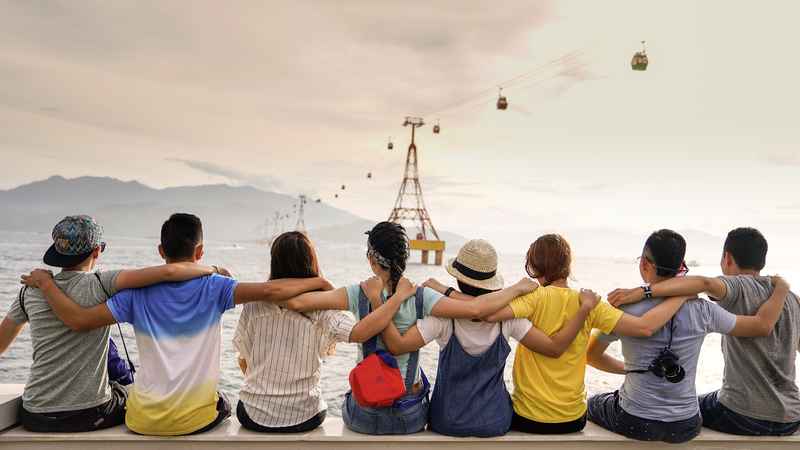 Exploration: Once we know where we are (orientation), then we can set out to explore our surroundings.  We explore in order to find what we need so that we can satisfy our fundamental human needs.

Babies and toddlers use their senses to explore their physical environments, while elementary children use their imaginations to explore the Universe through stories, images, and experiments.  Adolescents feel the need to explore different facets of their personality to understand who they are becoming and how they can contribute to society.

Imagination: The power to imagine is the power to create in your mind something that doesn’t exist but that might be of use to you.

Work: The ability to work is what brings to fruition what humans are able to imagine.

The young child imagines being able to cut his own banana, and then through his work he reaches functional independence.  The elementary child imagines building a bow and arrow like those used in the Middle Ages, and then works to bring her idea to life.  The adolescent imagines a hydroponics project and through his hard work turns his vision into a reality.

Self-perfection: When an environment allows a person to work with focus, and gives them feedback for improvement (e.g. through control of error), they can eventually reach self-perfection.  The idea of perfection is different for each person; what matters is that the particular individual was able to imagine something, has worked towards a goal, and is satisfied with their efforts. 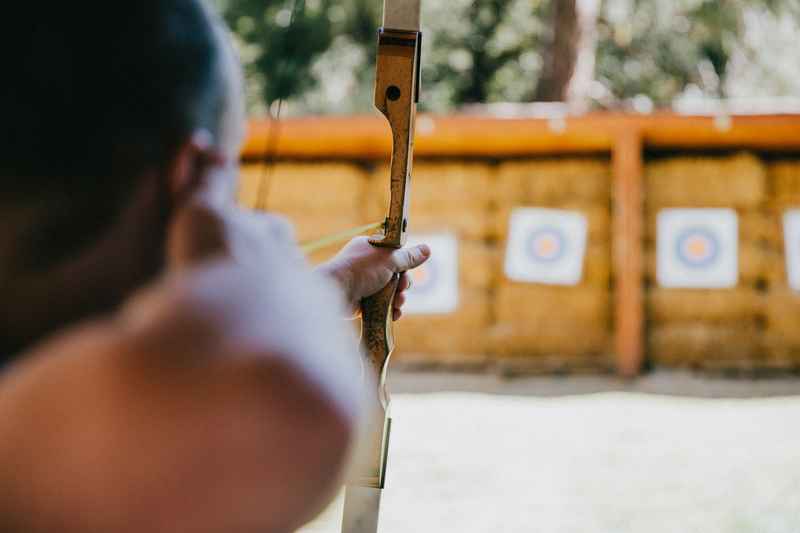 Movement: In Montessori, the idea of movement is inevitably tied to purpose.  Mario defined movement as physical activity that leads to self-perfection, intelligence, and understanding.

Exactness: Human beings have a mathematical mind.  Beyond giving us the power to add and subtract, the mathematical mind permits us to work with precision, thereby allowing our work and creations to serve a useful purpose.

The young child will count the number of friends in his group and cut the same number of banana slices to ensure everyone gets one.  The elementary child will carefully measure out the ingredients for the cake she’s baking for her family.  The adolescent will attentively manage the amount of nutrients he feeds his plants to ensure optimal crop growth. 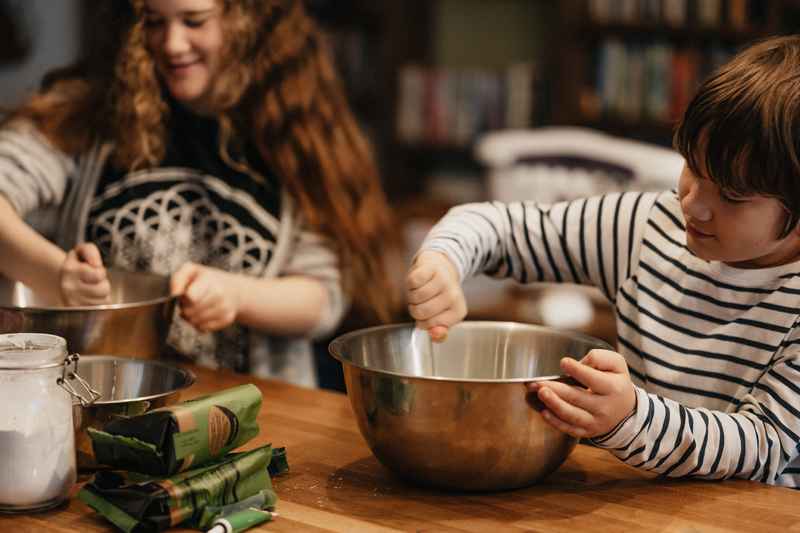 Repetition: The drive to repeat, in conjunction with clear feedback from a prepared environment, leads to self-perfection.

A young child will spoon beans from one bowl to another, over and over, repeating his movements with care so that they become automatic.  An elementary child will write a 20-digit division problem, and then excitedly repeat the arithmetic steps over and over again until she reaches her answer and masters the concept.  The adolescent will participate in community theater and practice his lines with dedication until he can perform them confidently.

Self-control: In order to master our environment, which is a prime developmental goal of humans, we need to first learn to master ourselves.

Communication: Mario defines this tendency as the transfer of emotions, intelligence, and the products of the reasoning mind through words and actions.

From the moment a baby exits the womb, he cries, gestures, and wriggles to communicate.  Anyone who’s lived with a six-year-old can attest to how important it is for them to talk (and talk and talk and talk).  In adolescence, the written word becomes a powerful tool for analyzing and sharing deep thoughts and novel ideas. 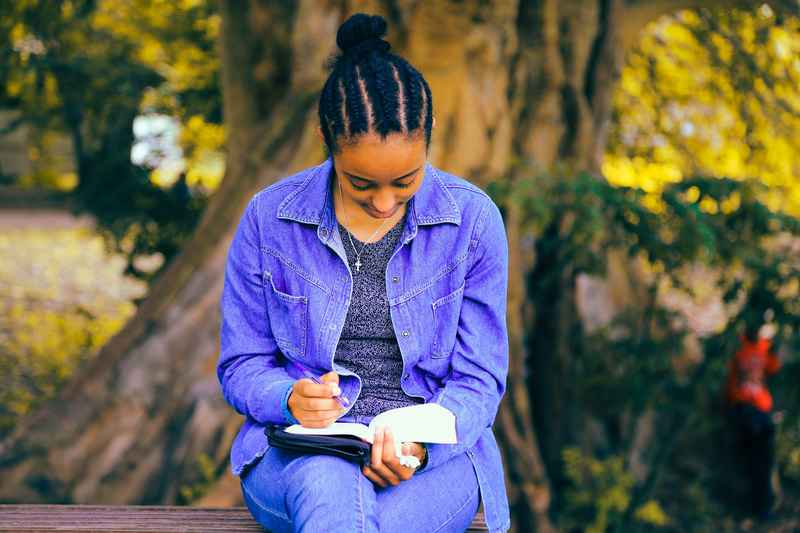 Abstraction: While in elementary we refer to ‘abstraction’ as the ability to do work directly on paper without the use of a material, from a human tendency perspective, abstraction refers to something more profound at a societal level.  Mario defined the human tendency for abstraction as a spiritual guide for the behavior of groups (as strong as instinct is for animals).  In other words, abstraction is the ability to internalize the morals that drive the ideals and values of a group (i.e. social standards).

Young children observe and absorb the rules of their environment, unconsciously pushing in their chairs and tapping the sides of their rugs just like the adult does.  Elementary children are driven to understand the purpose and validity of rules, while adolescents often feel the need to challenge or oppose these standards before coming to accept them.

Now that you’ve become familiar with the human tendencies, your next step can be to observe how they manifest in the children with whom you work. Your observations will let you know if your environment, lessons, and limits are supporting or hindering each child’s development, and will set you on the path towards becoming a more prepared and capable parent and guide.

Discover the Montessori Homeschool Hub - the only membership community for parents who want to homeschool with the Montessori approach, while learning and growing alongside their children!